Hey look I actually managed to post more than twice this month! Quite a lot happened in July.

The Summer Holidays started about half way into the month. Two of my younger siblings have gone camping this week, and my oldest brother is backpacking across Europe up to Russia (I think it was Russia. No one actually bothered to explain to me, but I heard someone mention Russia).

In the world of art, I’ve been working on my MLP NextGen, and an AU idea I had. I learnt how to do clean lineart in GIMP. Yesterday I got Paint Tool SAI on my laptop, and it is wonderful. I’m still working out how to use it.

Kilala97 on DeviantArt started a thing called Next Gen High School, which is a sort of roleplay/art sharing group thing for My Little Pony Next Generation fan artists, and I met a whole bunch of artists through that.

The best of my art this month, in approximate order of creation:

You can find the rest of my art on my DeviantArt account.

Writing wise, I’ve decided to scrap the little bit of writing I have now and re work the plot and develop the world and characters a bit more. 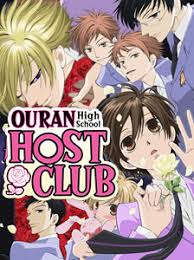 Well, I’ve done another of the things from my list of things I want to do before I’m 18, watch anime! I think we (my three oldest siblings and I) actually started Naruto last month, but we didn’t really get into it till this month. Man that anime is so long! There’s no less than 220 episodes, followed by a sequel series with 421 episodes and counting. Somehow I get the feeling we’re never going to catch up to this one.

Several friends of mine recommended Fairy Tail as a good starting place for fantasy anime, and I finally got round to watching it. It seemed kind of random at first, but it ended up giving me a lot of feelings. I’m about 103 episodes in (there’s a bit more than 300 episodes to this one, I think, which isn’t as long as Naruto but still pretty flipping long), so no spoilers please! 🙂 I’ve been watching this one in Japanese with subs because I can.

My sister found out about Ouran High School Host Club from a friend, and practically forced me to watch it with her. It sounded incredibly stupid the way she explained it, but it turned out to be pretty good. It’s also much shorter than the other two, at just 26 episodes altogether.

I found out about RWBY (pronounced ruby), an american made indie anime, from a blog post (which shall be linked to below), and it was awesome. I’m not quite sure if/when the third volume comes out (volume two made it seem like there was going to be a third volume, but I haven’t heard anything announced about a release date).

I’ve only seen about seven episodes of Star vs. the Forces of Evil, but what I have seen was delightfully ridiculous. There doesn’t really seem to be a coherent story line thus far, but seven episodes isn’t always long enough to tell.

I read less books than I’d hoped this month, mostly because I kept forgetting to order books in from the library.

I ‘ve wanted to read The Revised Life of Ellie Sweet for a while, so when it was free for a few days I had to get it. Come to think of it, I’m pretty sure this is the first YA contemporary I’ve read. (Wait… She is Not Invisible was YA, wasn’t it? Although… the writing felt pretty Middle Grade, so maybe not?) Anyway. it was very sweet (pun not intended) and enjoyable. I especially loved the writing bits.

I bought Snow Like Ashes knowing practically nothing about it other than it was high fantasy and every one I know who read it thought it was amazing. And sure enough, it was amazing. Kind of hard to put my thoughts on it into a few sentences.

I’m moving into the end of both the Percy Jackson books/Heroes of Olympus and Gallagher Girls. I remember when I read I’d Tell You I Love You But Then I’d Have to Kill You for the first time and thought the books would be a series of light, fluffy, mostly unrelated stories. I was wrong. Also, the dedication in The House of Hades was hilarious.

Look, I posted six times this month (the sixth being to announce the winner of the giveaway)! Much better than the usual two or three.

The weirdest search term used to find this blog was:

images of shelf in room to keep teddy and books

San Diego Comic Con happened, and it was a glorious week for fandoms everywhere. (No I did not go because a) it’s too expensive and b) flight tickets to San Diego from England are also too expensive) My Little Pony: Friendship is Magic got a new song reveal and a teaser for the season finale. Unfortunately it also went on a mid-season hiatus till September, when the next Equestria Girls movie comes out.

Steven Universe got an extended theme song thing. Later in the month we got Steven Bomb 3 (which is a week with a new episode every day) and it gave me so many feelings.

Gravity Falls started up again with an episode containing so much backstory the fandom probably exploded. (I don’t keep up with the Gravity Falls fandom so I don’t know for sure)

I’m sure the other fandoms did stuff that week too but I wasn’t paying attention so I don’t know what they did.

Ant Man came out, which I haven’t seen yet. Apparently it’s very funny. (this is from the one person I know who’s seen it)

Inside Out was also released in the UK, which I haven’t seen either. According to my one friend who saw it the other day, it’s amazing.

I’m going down to Surrey next week, and at the end of the month one of my friends from down South is coming up for a visit 😀

More Gravity Falls coming up on the 3rd, and more Steven Universe on the 6th.

I’m pretty sure my brother comes back from Europe next month.

Phew! That took a long time to write. What did you do in July? Have anything fun planned for August? Have you read/watched any of the things I did this month?